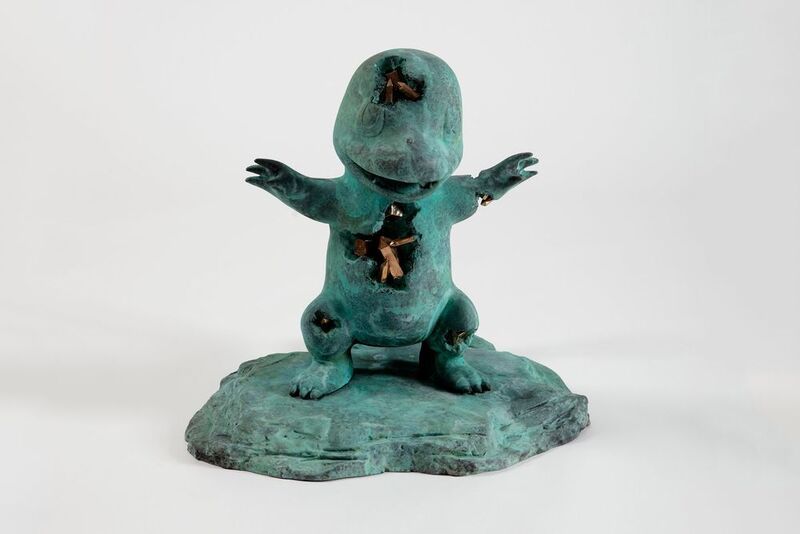 This exhibition invites viewers to find the meaning behind the objects that appear to be decaying. It compresses the concept of time and space, the gallery explains that "two different cultural universes, in a highlow, head-on crash. Or is it a crossroads? Two trajectories arriving to the same point: ancient sculpture is so venerated that it has become cliché, the stuff of museum gift shops, while the creatures of Pokémon, which seem to be influenced by Japanese mythology, have morphed into their own 21st century version of the sacred.”