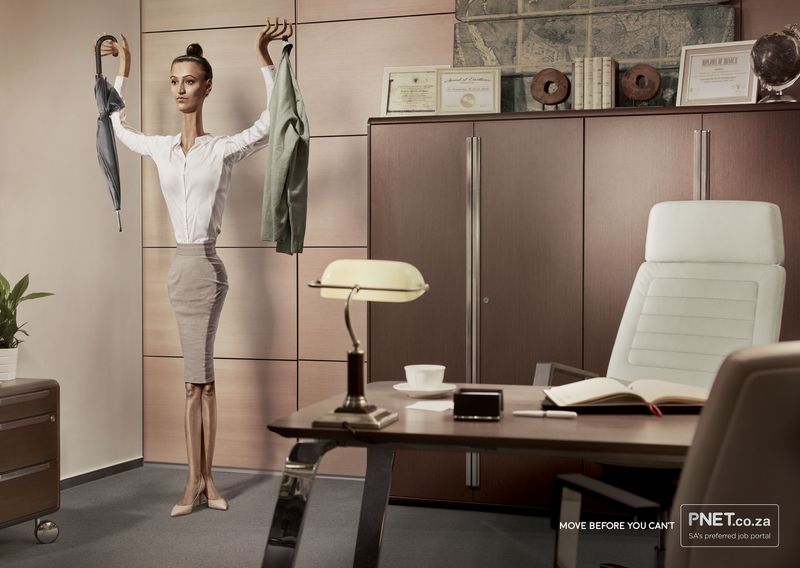 The PNet Campaign Urges Workers to "Move Before They Can't"

Meghan Young — May 10, 2016 — Marketing
References: joepublic.co.za & adeevee
Stay somewhere long enough and it's easy to feel like you've become apart of the environment somehow -- a feeling that is shown in this PNet campaign. PNet is the preferred job portal for those residing in South Africa. People who are wanting a change can find one here. That is, unless they like feeling like a coat rack, table or office chair, as depicted in the PNet campaign.

Conceived and executed by Joe Public United, an ad agency based in Johannesburg, South Africa, the PNet campaign reads, "Move before you can't." It's a simple yet powerful thought that will surely light a fire under many people's butts. Making a change is a hard reality to face, but PNet is there to help.
3.4
Score
Popularity
Activity
Freshness