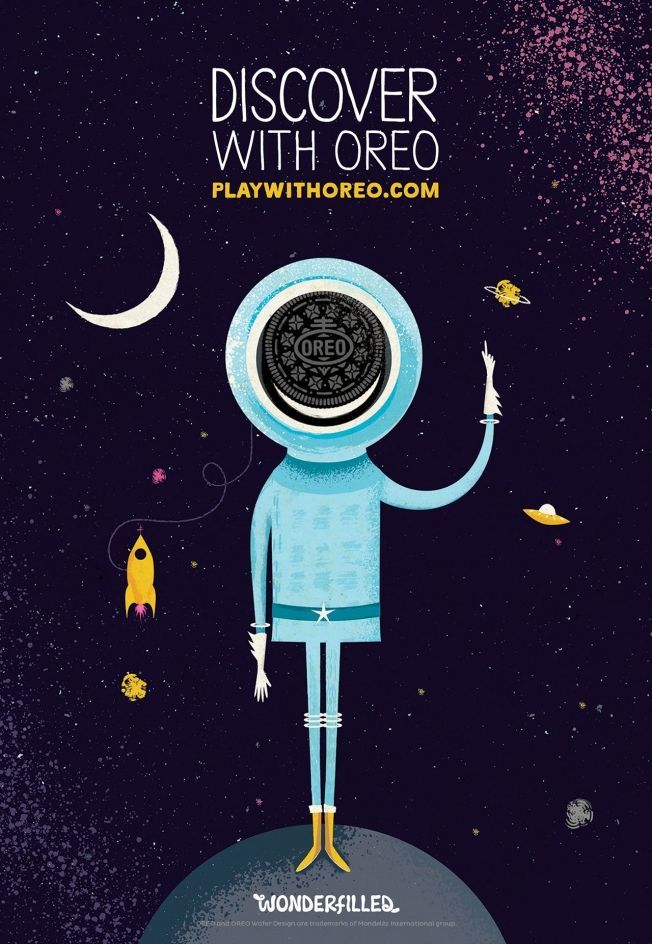 The artists were prompted by certain words, some of which reference Oreo's brand rituals, such as "dunk" and "twist," and some which were more conceptual and emotionally rooted, such as "wonder" and "dream." Each artist had complete creative freedom, save for a single stipulation: the final scene had to include a character with an Oreo cookie head.

The artists, who include Shotopop, Ryan Todd, Andrew Bannecker and Andy Rementer, among others, really knocked it out of the park, creating groovy compositions which will run outdoors in New York, LA and Indianapolis.
2.8
Score
Popularity
Activity
Freshness
Get Trend Hunter Dashboard