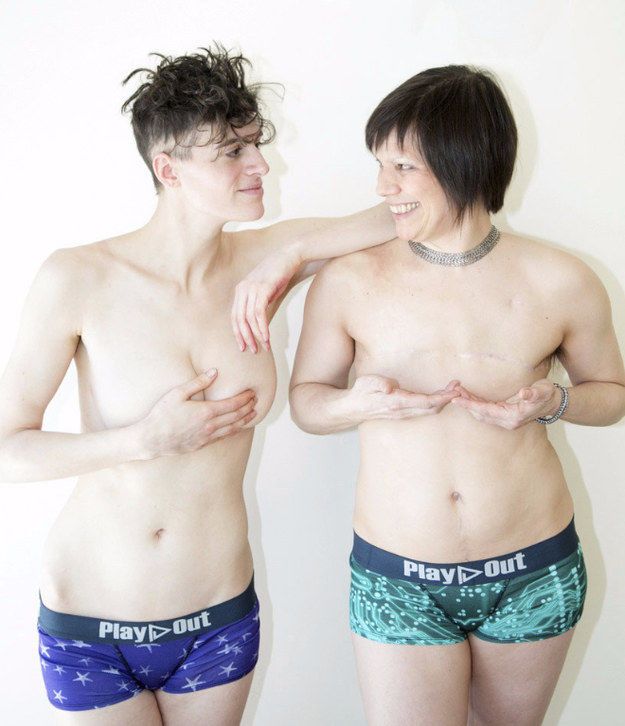 Corinne Guirgis — May 27, 2015 — Fashion
References: playout-underwear & buzzfeed
Share on Facebook Share on Twitter Share on LinkedIn Share on Pinterest
Play Out Underwear, noted gender neutral underwear makers of record, is breaking beauty boundaries once again. Its newest ad campaign features a series of gorgeous shirtless women wearing the brand's unisex undergarments, with a special twist. Each of the models are breast cancer survivors who have undergone double mastectomies!

Co-founder Abby Sugar says of the campaign, "Each of them had a really impressive and inspiring story that I think other people can learn from, and since we only do bottoms, it was perfect."