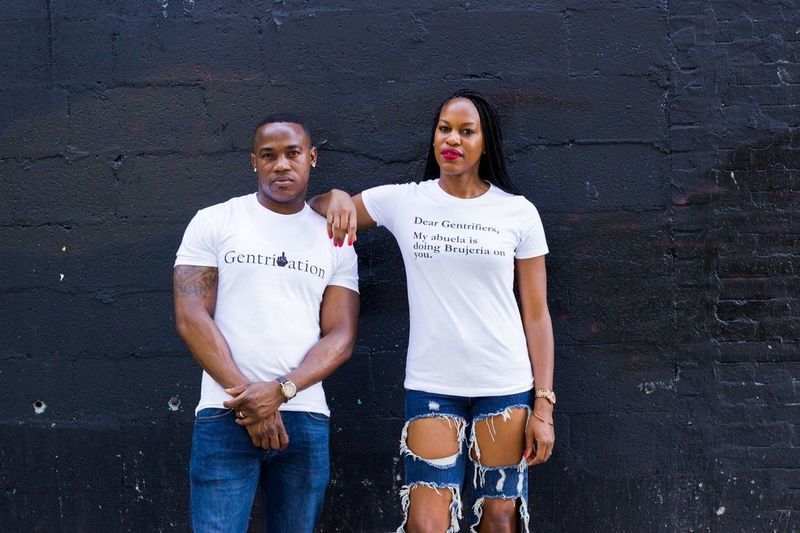 Justin Lam — May 16, 2018 — Fashion
References: instagram & piritees.co
Share on Facebook Share on Twitter Share on LinkedIn Share on Pinterest
Born as a means of self-expression, Piritees apparel places an emphasis on pioneering clothing for the "bold, unapologetic, and multifaceted person." Founded by Sandra Martinez, also known as 'Bibi,' this apparel collection proudly speaks up against injustices in marginalized communities while also increasing mental health awareness and celebrating black and brown bodies. The current focus on Piritees apparel focuses primarily on anti-gentrification, with the brand being used to raise money for New York-based anti-gentrification organizations.

Drawing from her background as a native Harlemnite, Bibi has felt the effects of gentrification first-hand as she witnessed the changes happening in her beloved El Barrio neighborhood. This was the major influence on the Piritees apparel, as all of the pieces offered by the brand carry an anti-gentrification message. T-shirts offered by Piritees apparel feature designs that liken gentrification to warfare and even offer a threat of brujeria to gentrifiers.
1.8
Score
Popularity
Activity
Freshness
Get the 2021 Trend Report FREE