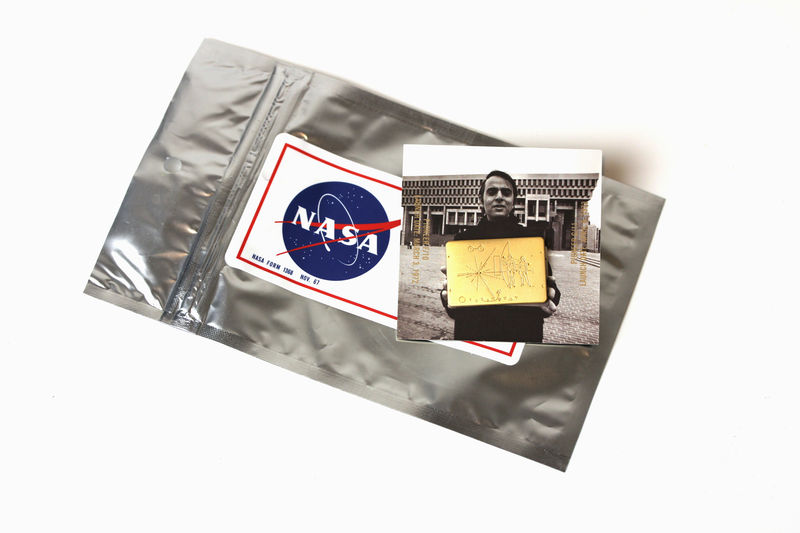 NASA's Pioneer 10 Sees Itself on the Limited-Edition PINTRILL Pin

Amy Duong — July 23, 2018 — Fashion
References: pintrill & hypebeast
Duane King is a designer based in Portland and her recent project was made in collaboration with PINTRILL, transforming NASA's Pioneer 10 Plaque into a pin. The limited-edition pin imitates both the structure and the detailed design cues of the original Pioneer 10 spacecraft that originally took off in 1972 with the mission to better explore the solar system. The pin is finished in a gold anodized aluminum plaque made by three designers -- Frank Drake, Carl Sagan and Linda Salman-Sagan.

King states that the original design was basically that of a galactic greeting card if any extraterrestrial life should be encountered. The pin sees the engraved artwork of a man and a woman that is illustrated with neutral ethnic cues, the distances of the solar planets to the sun, and neutral atomic hydrogen schematics. The pin will be available online at PINTRILL beginning July 24th.
2.4
Score
Popularity
Activity
Freshness