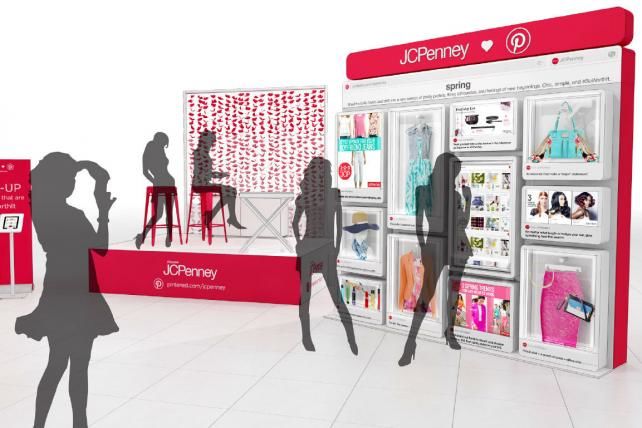 Katherine Pendrill — July 12, 2016 — Marketing
References: pinterest & adage
Share on Facebook Share on Twitter Share on LinkedIn Share on Pinterest
Just ahead of Mother's Day, JC Penny launched a clever in-store campaign that involved the use of life-size Pinterest boards. While Pinterest attracts users of all ages, it is particularly popular among millennials moms who are more social media-savvy than the generation before them. This campaign was designed to get more millennials moms shopping at JC Penny by leveraging the popularity of the social media platform.

In order to launch the campaign, JC Penny capitalized on its existing relationship with Pinterest. However, instead of going the online route, the retailer aimed to drive more customers into its brick-and-motar stores. To do so, the retailer set up a series of life-size Pinterest boards at 10 malls across Texas. The giant digital boards were used to showcase different products and styles to encourage consumers -- particularly young moms -- to visit a JC Penny location. As JC Penny's VP of marketing strategy and communication explains, "Pinterest is really a destination for our consumer, this modern American mom looking for head-to-toe looks."
5.9
Score
Popularity
Activity
Freshness
Attend Future Festival