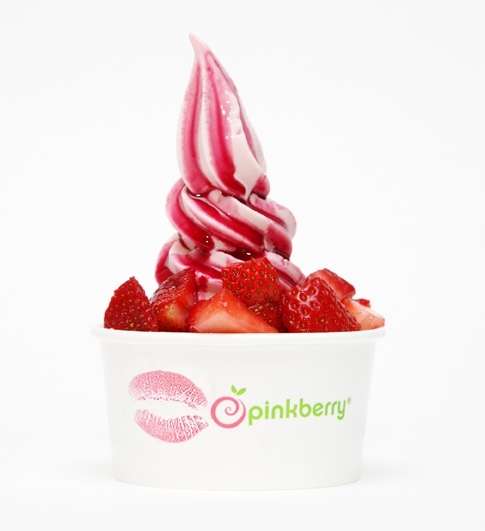 The Pinkberry Film Collection is Oscar-Worthy

Julian — February 21, 2012 — Pop Culture
References: pinkberry & facebook
Share on Facebook Share on Twitter Share on LinkedIn Share on Pinterest
Film season is well underway, with the best of the film industry fighting for coveted awards all over the globe, and the Pinkberry Film Collection has launched as a homage to this year's Oscars. The BAFTA awards and the Oscars are the most high-profile award ceremonies, with the year’s best films, actors, actresses and directors vying for top spot, so why not celebrate with some delicious frozen yoghurt?

The Pinkberry Film Collection is comprised of four deliciously original classics, available exclusively at Selfridges Food Hall, London. If you love retro-inspired movies, then try The Marilyn Effect, a delicious watermelon flavor with ripe strawberry pieces and pomegranate juice, which recreates the classic red smile of one of film's greatest icons. The Silent Pinkberry is a homage to film noir, featuring coconut Pinkberry frozen yoghurt with blackberries and coconut shavings, creating a modern twist on a black and white classic. The Maggie contains pomegranate with fresh blueberries and crushed nuts: a hearty combination that is by no means conservative. Finally, the Scorsese presents succulent pieces of strawberry and kiwi topped with an Italian wafer cookie.

The Pinkberry Film Collection celebrates the movie industry’s biggest winners and nominations by tapping into popular culture to bring a limited edition product that is not only tasty and crave-able, but current.
2
Score
Popularity
Activity
Freshness
View Innovation Webinars