Top 100 Cosmetics Trends in July
Next
Set of
Related
Ideas 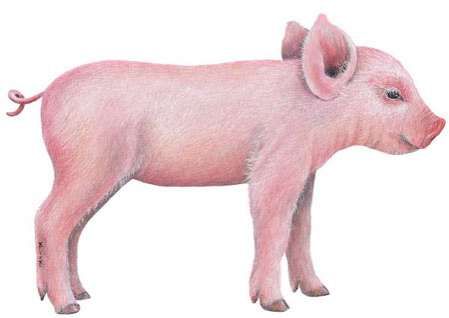 Michael Plishka — October 17, 2008 — Lifestyle
References: telegraph & ukpress.google
Share on Facebook Share on Twitter Share on LinkedIn Share on Pinterest
Scientists are always looking for ways of being able to implant cells into humans that bypass the defense responses of the immune system. They are also looking for ways of creating stem cells that bypass the ethical issues of using human embryos.

Dr. Jeffrey Platt and his team at the University of Michigan in Ann Arbor have developed an approach that seems to do both. By taking stem cells from human umbilical cord blood and bone marrow and injecting it into a fetal pig, human T cells grew within the pigs, as did the pigs’ own cells.

When the human cells were separated out, preliminary testing showed that these T cells should be accepted by the donor body, but further tests will be done to confirm this.

These T cells could be used to fight a myriad of infections as well as to attack cancer cells.
1.1
Score
Popularity
Activity
Freshness
Get Better and Faster