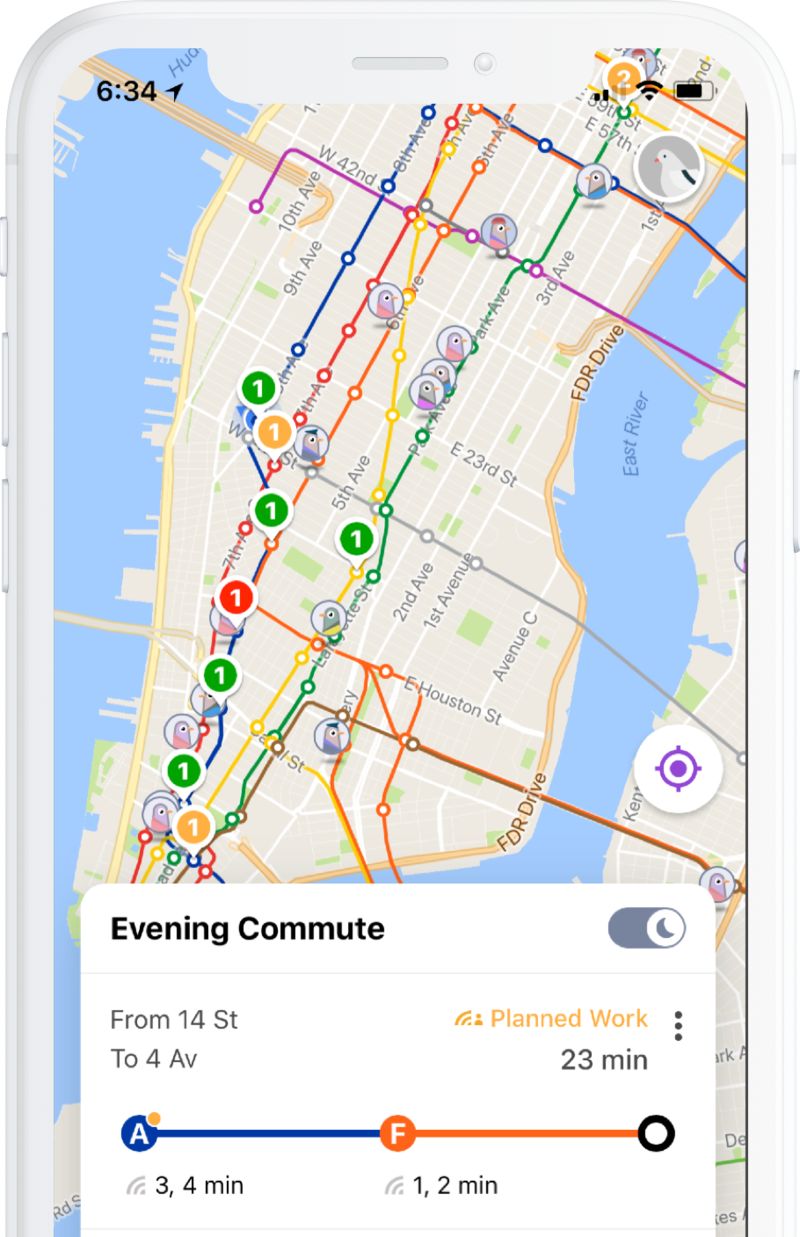 Joey Haar — June 1, 2018 — World
References: pigeon.area120 & techcrunch
Share on Facebook Share on Twitter Share on LinkedIn Share on Pinterest
The New York City subway system is hailed as one of the best in the world, but commuters who take it every day know that there's always room for improvement, and the Pigeon app is a new way to get even more out of the MTA's prized jewel. The Google-developed app provides real-time data on train schedules and gives route suggestions, eliminating the frustration of getting to a station only to wait for 15 minutes for a train to arrive.

Like traffic information in Google Maps, the Pigeon app's data on trains are powered by other riders. Since the entire New York subway is equipped with internet access, the app is able to update constantly. The app also keeps users apprised of current delays, planned maintenance, and more.
0.7
Score
Popularity
Activity
Freshness
Get Trend Hunter Dashboard