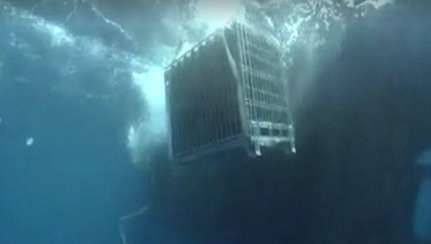 Souzan Michael — August 29, 2011 — Eco
References: nytimes & fitperez
Share on Facebook Share on Twitter Share on LinkedIn Share on Pinterest
63-year-old Piero Lugano opened up his own wine shop in the Italian Riviera in 1978. Then, about ten years ago, he decided he wanted to try making his own sparkling wine from "indigenous varieties grown in vineyards overlooking the Golfo Paradiso on the Mediterranean," according to the New York Times.

The only problem that Piero Lugano came across was that he had nowhere to keep the bottles during the aging process, until he realized that he could store them under the sea.

"It’s better than even the best underground cellar, especially for sparkling wine. The temperature is perfect, there’s no light, the water prevents even the slightest bit of air from getting in, and the constant counterpressure keeps the bubbles bubbly," explains Lugano.

Not only do the bottles turn a gorgeous color, but the taste is apparently exquisite and the process is eco-friendly since it doesn't affect the environment whatsoever.