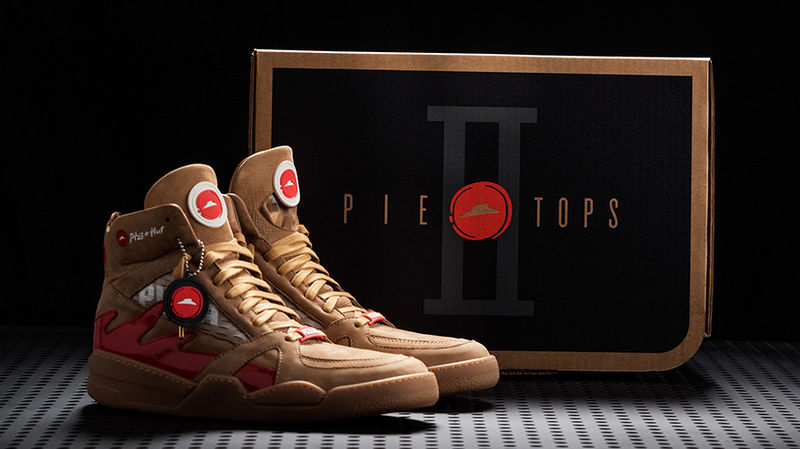 Justin Lam — March 6, 2018 — Fashion
References: fortune & adweek
Share on Facebook Share on Twitter Share on LinkedIn Share on Pinterest
Pizza Hut, Droga5 and the Shoe Surgeon have come together once again to release the Pie Tops II shoes for March Madness. The Pie Tops II will be available in both red and wheat colors and will feature cheese grater mesh on the side of the shoes, cheese-pull laces, and "extreme marinara splash." The shoes will also have the ability to order Pizza Hut's two-topping, two medium pizza deal, and can even pause the game while the delivery is received.

Last year's release of the Pie Tops were only available to members of the media, influencers and a select few super fans. This year's release will feature 50 pairs of Pie Tops II for sale as well as 50 to be given away via social media. In preparation for the release of the Pie Tops II, Pizza Hut is running a set of spots to highlight the shoes featured, as well as the upcoming March Madness.