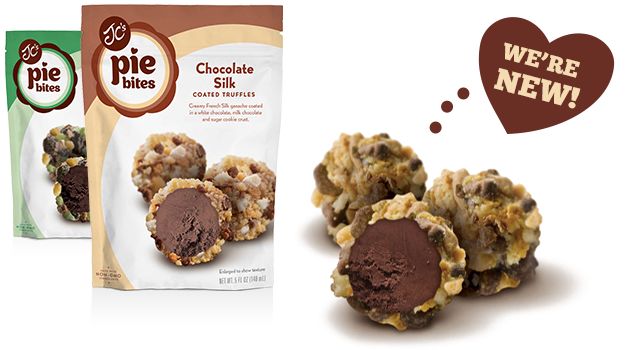 JC's Pie Bites are offered in an assortment of flavors, including Caramel Truffle, Chocolate Silk, Mint Chocolate Cookie and S'mores, all of which feature a creamy ganache center that's protected by crunchy confections and a graham cracker or cookie crust.

Over the years, there have been many products that have been developed to offer the indulgence of cake in a smaller format. Other than pocket pies, pie has hardly received the same sort of treatment. However, by focusing on rich dessert pie flavors made with chocolate, rather than fruit, JC's sets itself apart as a producer of pie-inspired desserts. The brand also makes Pie Pops, and Nudies, which are also just as inventive.
2.4
Score
Popularity
Activity
Freshness
View Innovation Webinars