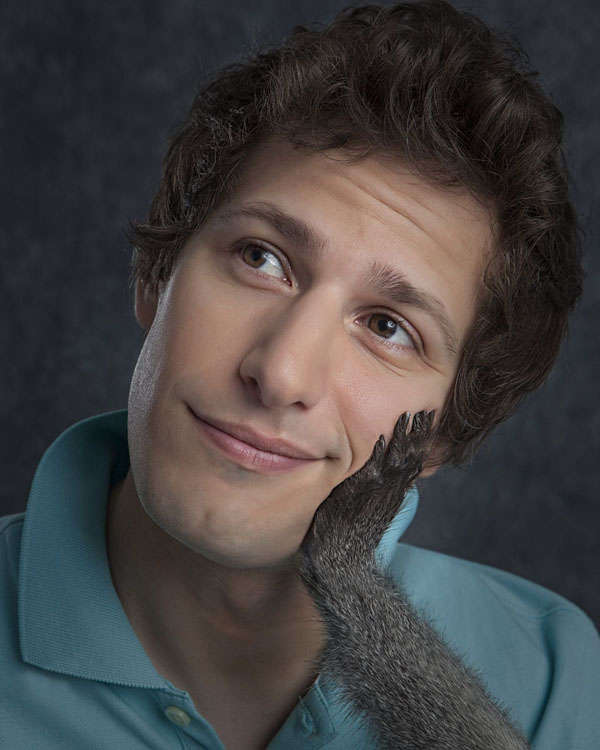 He has taken portraits of famous faces such as Andy Samberg, Tina Fey, Steve Martin and Billy Crystal. These aren’t your ordinary pictures, though. Hoyle has put the actors in a series of surrealist situations, which ultimately makes the pictures humorous. As an example, Samberg has a raccoon hand instead of his own, and Fey is having a tea party with dolls.

Even though these comedians are in strange situations, this series still has a humanizing effect on the subjects. Photographer Matt Hoyle has been able to strip down their celebrity status, and presents what looks like an honest depiction of them as people.