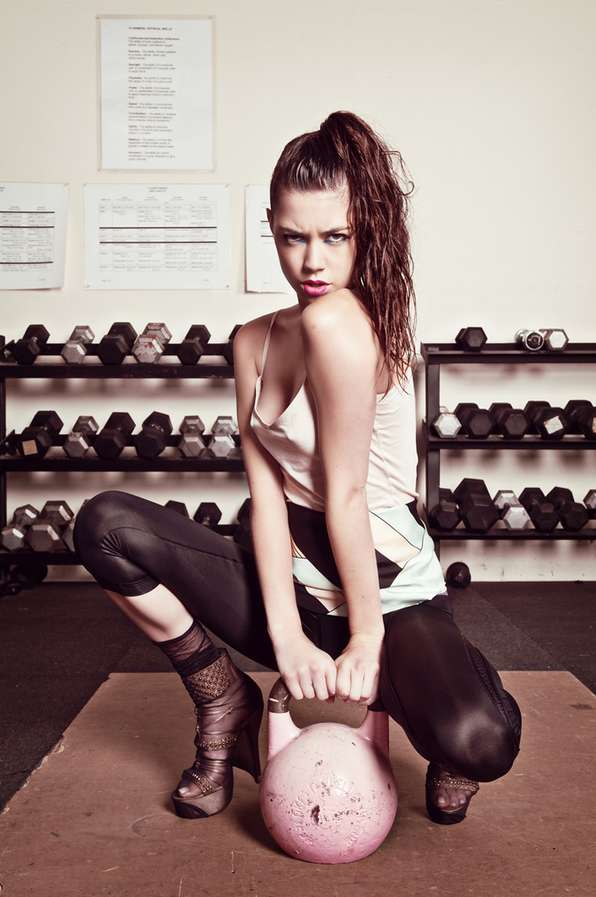 As a photographer, Cecilia Austin has been on a roll in the last few months. Her work has been published in Carne Magazine, Le Grand Mag, and Vogue Italia selected her as 1 of 100 photographers whose work will be exhibited in Milan for this September's major Vogue’s ‘Fashion Night Out' party.

For this shoot, photographer Cecilia Austin teamed up with Jennifer Humphrey of FORD models LA for the editorial, entitled ‘Sports Chic.’  Styled by Alanna Anderson, the shoot is a testament to the excitable nature of strength and sensuality. “Fitness wear and fashion are two worlds that usually don’t go together,” Anderson told the Ben Travato Blog. “I liked the idea of a high-fashion woman working out at the gym. The kind that refuses to take her heels off even at the gym!”

If this shoot is any indication of her skills as a photographer, Cecilia Austin has a bright future in the fashion world.

Implications - One of the most effective ways a company can garner attention for its brand is by featuring sexually charged advertising. By eschewing the conventions by which most advertisers are traditionally bound, the company shows a willingness to think outside of the box and develop its own aesthetic. The ad stands a good chance of attracting interest from consumers, critics of the ad’s sexually charged nature, and a controversy hungry media.
6.8
Score
Popularity
Activity
Freshness
Attend Future Festival