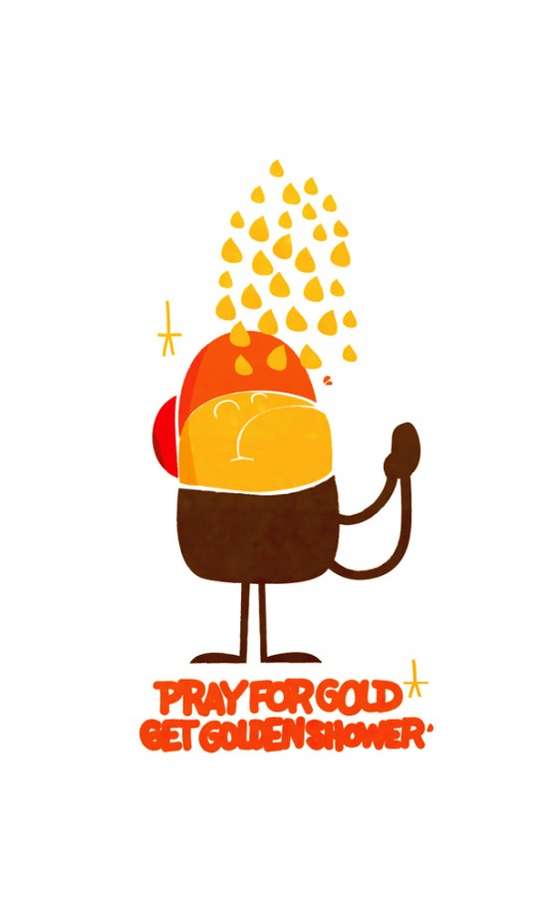 Jordan Sowunmi — July 27, 2011 — Art & Design
References: phomer & beautifuldecay
Share on Facebook Share on Twitter Share on LinkedIn Share on Pinterest
Many graffiti and street artists are more adept at creating art in their natural habitat, in alleyways, on sidewalks, and near bridges, but Mr. Phomer is one of the first major artists I've seen whose work looks just as good on paper as it does on the streets.

Mr. Phomer's bio list his influences as 'superheroes, polaroids, cartoons, video games, sneakers and street playgrounds,' amongst others, and the impact of those divergent forms of entertainment are all evident in his selected portfolio. Mr. Phomer is a skilled artist, whose graffiti influenced style gives his illustration a distinctive aesthetic and powerful attitude that translates smoothly in print.

My favorite image from Mr. Phomer's selected portfolio is a colorful illustration of a red baseball cap wearing, potato-head type figure looking up to the sky with the caption: 'Pray for Gold, get Golden Shower,' which seems to be as dark (and often accurate) look at life as one could expect from an artist whose 'ultimate gold (not goal) is to achieve total coolness.'

Mr. Phomer, I think you're already there.

Implications - In the last few years, graffiti has become an accepted part of the artistic mainstream, moving from shunned subculture to celebrated genre. A company can capitalize on this by commissioning a famous street artist to create viral marketing for the company. The brand will draw attention from the insulated graffiti community for supporting the arts, and it will establish itself as an avant-garde company that is unafraid of thinking (and operating) outside the box.
5.3
Score
Popularity
Activity
Freshness
Access Advisory Services