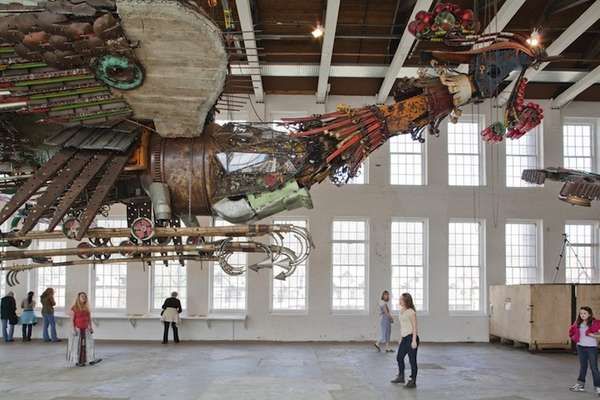 The 'Phoenix' Sculpture Turns Construction Waste into a Bird

Xu chose to create a phoenix from the remnants of construction sites because of the symbolism. Just like an actual phoenix, Xu's installation rises from discarded material to form something magnificent. The resulting sculpture is something akin to China's rapid development. According to the artist, "the mythic Phoenixes bear witness to the complex interconnection between labor, history, commercial development, and the rapid accumulation of wealth in today’s China."
2.4
Score
Popularity
Activity
Freshness
Get Better and Faster