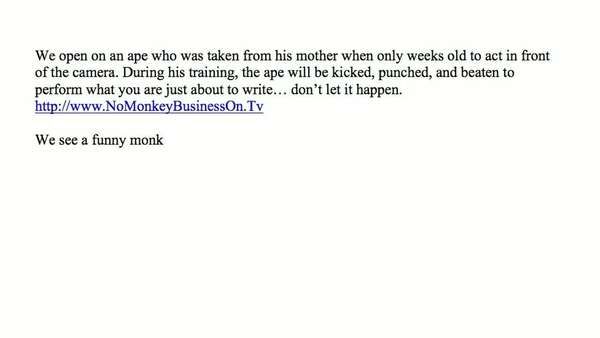 The PETA AutoCorrect Ads Use Familiar Humor for a Great Cause

Thanks to the contribution of Toygar Bazarkaya, the executive Creative Director of said ad agency, and the rest of the team, BBDO installed an autocorrect program on all the computers of their creative employees. The program works in such a way that whenever words such as “monkey,” “ape” or “chimpanzee” are typed, the rest of a sentence will appear automatically.

The message reads, “…who was taken from his mother when only weeks old to act in front of the camera. During his training, the ape will be kicked, punched, and beaten to perform what you are just about to write." The PETA AutoCorrect campaign puts a very important, yet under-communicated issue in the spotlight.
2.2
Score
Popularity
Activity
Freshness
Jeremy Gutsche Keynote Speaker