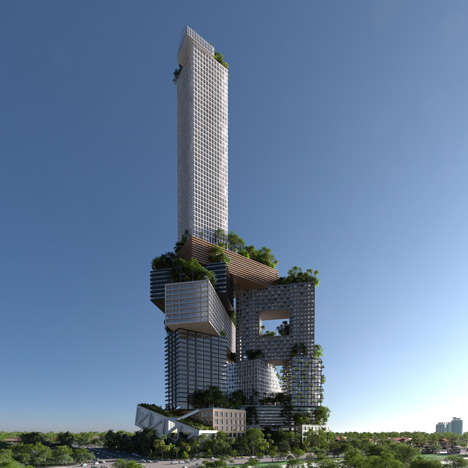 Peruri 88 by MVRDV, Jerde and Arup is a Vertically Piled City

The 400 meter skyscraper is a collaboration between the MVRDV, Jerde architects and engineering firm Arup. These compiled structures would serves as a site for a vast array of amenities such as offices, apartments, hotels, shops, centers of worship and cinemas.

Another intriguing feature would be the an amphitheater accessed by outdoor elevators that is steeply located very high up. Amidst all of the facilities, there will exist green spaces of gardens and terraces that will surely boast breathtaking views of the city. Peruri 88 by MVRDV, Jerde and Arup is an ambitious project that would revolutionize urbane architecture as skyscrapers reach new heights.