Offering the "Reborn Digital" a Taste 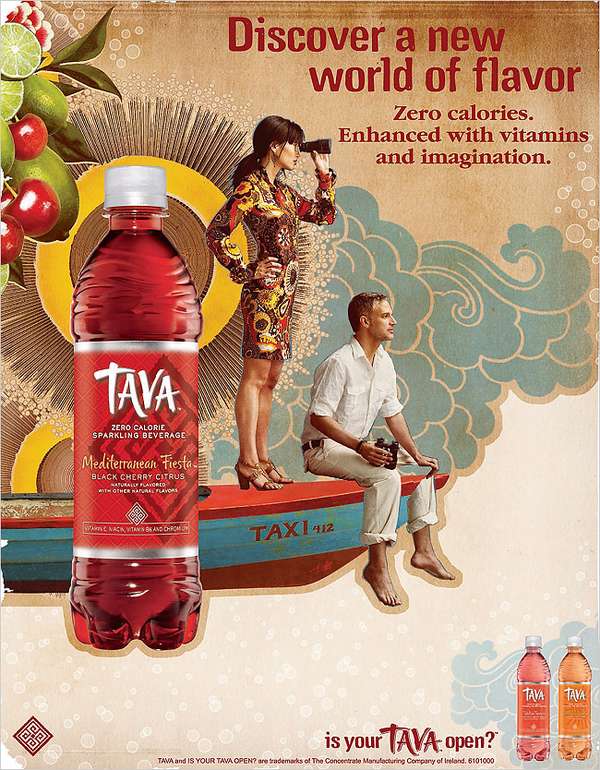 The decidedly retro ad campaign looks as though it was inspired by a blend of pin-up style imagery and older Japanese art. The sparkling, zero calorie drink comes in a bevy of exotic flavours like Brazilian Samba and Mediterranean Fiesta and Tahitian Tamure.

An interesting aspect of the campaign is that they're not targeting youth like you'd think with a viral internet campaign. They're targeting both men and women between 35 to 49.

They've also entirely skipped advertising on TV or in print, launching the entire campaign online and trying the WOM approach with a series of promotional events. They want to give this middle aged demographic a literal taste of the new brand.

"There used to be an assumption this target was not online," says Frank Cooper, Pepsi's VP for flavored carbonated soft drinks. "But there's a group in that category that's 'reborn digital.' They've lived through the change and learned to adapt to it."

"This consumer spends significant time online, although what they do may differ from the younger consumer," Cooper said. "They're not I.M.-ing their friends; they're looking at e-mail or looking up information about travel, music, food."

â€œTo build trust between a consumer and a brand, people need to feel they're sharing it with other people instead of a corporation pushing it down on them,â€ Cooper added. â€œThe goal is to have people experience the product on their own terms and turn them into brand ambassadors.â€

In addition to launching tava.com and popping on on banner ads around the web, they're giving out free sample in stores, at events like Sundance as well as directly mailing samples to employees of influential companies like MTV, Google and Apple and Bliss Spa. They'll also keep celebs hydrating while shooting for shows like General Hospital.
3.9
Score
Popularity
Activity
Freshness
Get the 2021 Trend Report FREE