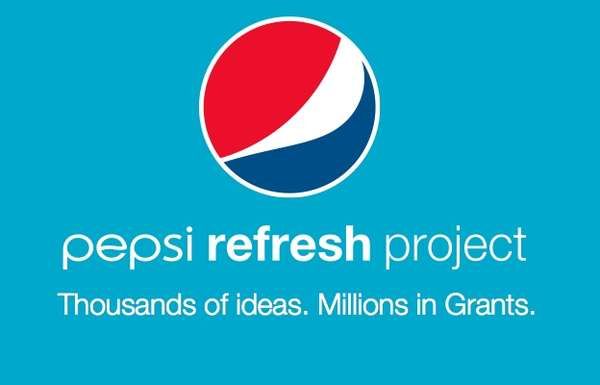 Alex Scott — February 4, 2010 — Social Good
References: refresheverything & news.yahoo
Share on Facebook Share on Twitter Share on LinkedIn Share on Pinterest
This year the cola conglomerate Pepsi is doing something highly unorthodox (for a corporation). Rather than spending multiple millions on a TV spot during the Super Bowl, which almost every major Brand does, Pepsi has decided to take that money and instead fund a social media campaign called the ‘Pepsi Refresh’ project.

So this year, instead of a traditional Pepsi Super Bowl ad, you will see the company using that money to fund projects in six different areas including health, food and shelter, neighborhoods and education, the planet, and arts and culture.

I, for one, am thrilled to see a multinational corporation being socially conscious. This beats the typical Pepsi Super Bowl ad any day.
3.8
Score
Popularity
Activity
Freshness
View Innovation Webinars