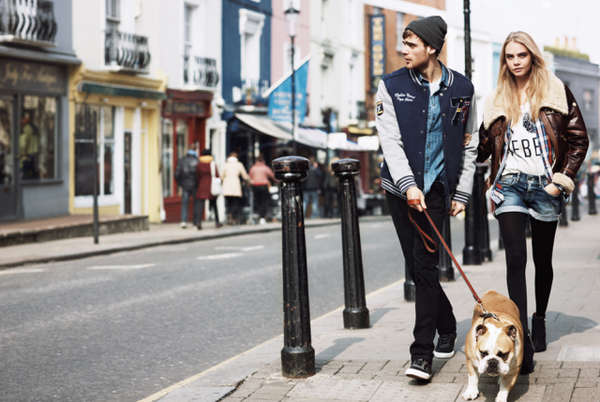 Meghan Young — August 1, 2013 — Fashion
References: pepejeans & fashiongonerogue
Share on Facebook Share on Twitter Share on LinkedIn Share on Pinterest
Embracing the urban side of the term casual chic, the Pepe Jeans Fall 2013 ad campaign takes to the streets of a metropolis city to showcase its latest crop of clothing. While the Spanish denim label clearly focuses on items such as cutoff shorts, jean skirts and, of course, the now classic skinny jeans, it is rife with other complementary pieces including shaggy fur jackets, loose tees and leather booties.

What makes the Pepe Jeans Fall 2013 ad campaign even more arresting, however, is its star: It Girl of the moment and model Cara Delevingne. Posing alongside a male model, she struts her stuff in outfits put together by stylist Clare Richardson. The British beauty was shot by photographer Josh Olins, who cast her in a relatively raw, street style light.
6.9
Score
Popularity
Activity
Freshness
Get Trend Hunter Dashboard