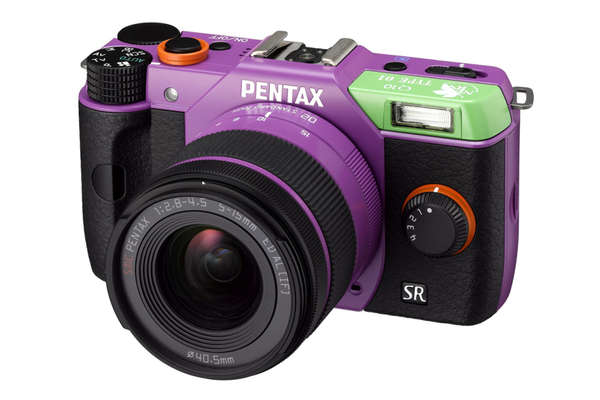 Meghan Young — January 29, 2013 — Art & Design
References: pentax & hypebeast
The Pentax Evangelion Q10 is a limited edition camera series that is based on the popular Japanese anime series known as 'Neon Genesis Evangelion.' Appealing to geeky photographers, or geeks who simply need a new camera, they are instantly recognizable thanks to the bright colorways, which include purple and black, blue and white as well as red and orange. Of course, there is a hint of green here and there. These colorways take after the EVA suits of the iconic main pilots.

Only 1500 units of the Pentax Evangelion Q10 camera has been produced, which will make them highly coveted. Especially since they are decked out with 12.4 megapixels, back-lit CMOS sensor and 3x optical zoom.
3.1
Score
Popularity
Activity
Freshness