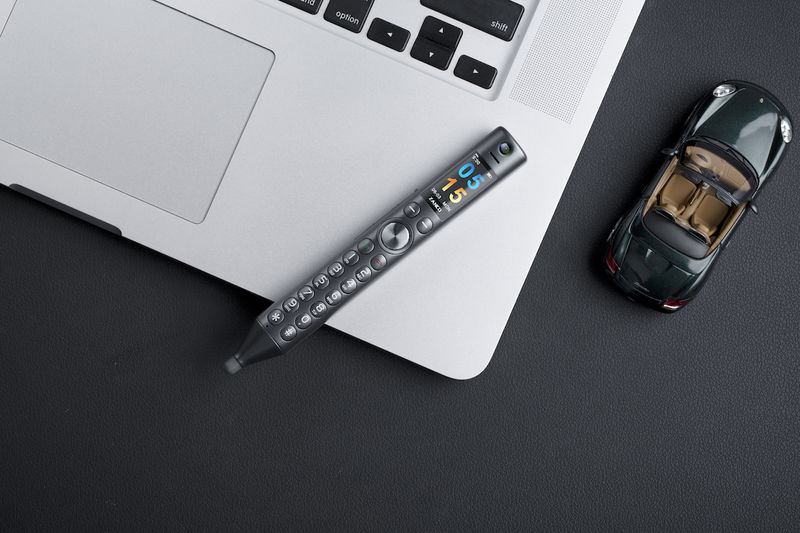 The Versatile Zanco S-Pen is a Bluetooth Headset, Stylus and More

Laura McQuarrie — December 5, 2018 — Tech
References: kickstarter & prnewswire
The S-Pen by Zanco is a compact, pocket-sized tool that combines the functions of a pen phone, a Bluetooth headset, a stylus, a voice recorder and a laser pointer for presentations. Although the device makes for a handy pen phone, it is noted that the tool is not meant to replace one's smartphone but rather serve as a great companion to it. When paired with a smartphone, the S-Pen itself will ring, making it easy for calls or texts to be sent via Bluetooth.

With the redefined pen phone, users are also able to take photos with the S-Pen's dual cameras, as well as make the most of a myriad of other features like the SD slot, remote capture tools and voice changer.