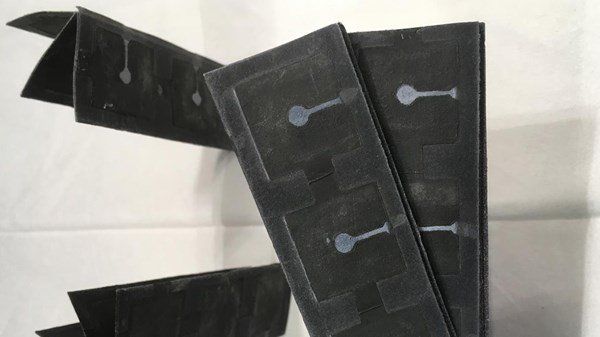 Justin Lam — August 22, 2018 — Eco
References: irishexaminer & digitaltrends
Share on Facebook Share on Twitter Share on LinkedIn Share on Pinterest
Newly developed paper-based batteries created by the Binghamton University, State University of New York could be the future of eco-friendly batteries in modern society. Powered by electron-harvesting bacteria, these batteries are generally composed of waxed paper with layers of metal and polymers printed into the material. A freeze-dried version of the bacteria, called exoelectrogens, are then held in the material. The paper-based batteries are then squeezed and the liquid from the bacteria causes the battery to function.

In its present state, the paper-based batteries are only capable of giving power to small devices, such as miniature calculators or LED lights. However, the hope is for the battery to be further perfected to extend the battery's life to eventually power medical technologies.