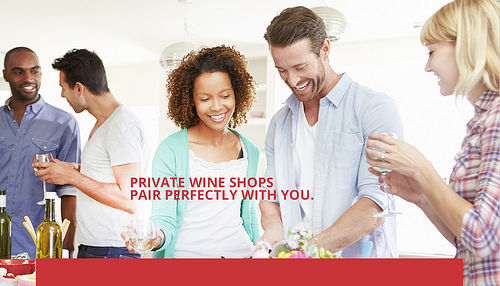 Meghan Young — February 4, 2015 — Marketing
References: pairsperfectly & winesinniagara
Share on Facebook Share on Twitter Share on LinkedIn Share on Pinterest
The Ontario Wine Council has created the Pairs Perfectly campaign to give customers a voice when it comes to private wine stores. The Canadian government currently buys and sells liquor in one single organization, the LCBO, which is a different system than those found in other provinces. The Pairs Perfectly campaign encourages people to stand up for change.

Although it targets voters and consumers on a more serious note, the Pairs Perfectly campaign interacts with them on an important issue that could affect their shopping experience in a big way. Hillary Dawson, present of the Ontario Wine Council, says, “Why this option is important is because it is one that truly embraces the principles that the consumer wants--they want a range of shopping experiences in addition to those at the LCBO, delivered in a socially responsible way, and in a way that allows the government and the LCBO to grow its contribution to the economy without building more stores."
2.1
Score
Popularity
Activity
Freshness
Attend Future Festival Virtual