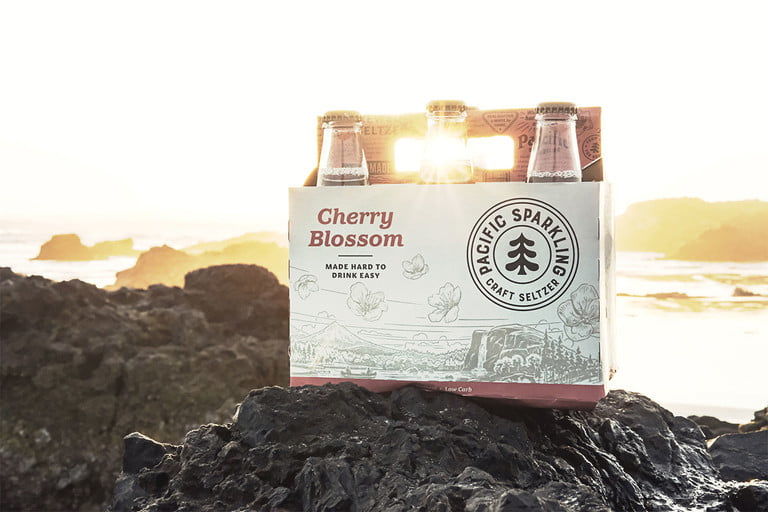 Ninkasi Launched Its Tasty Pacific Sparkling Range in April of 2019

Kalina Nedelcheva — July 31, 2019 — Lifestyle
References: ninkasibrewing & themanual
The Pacific Sparkling line is a new range of hard seltzers, released by Ninkasi -- a 13-year-old brewery. The product comes in two distinct flavors that occupy radically different placements on the flavor spectrum. One is Cucumber Mint, boasting a more dominant refreshing quality, and the other one is Cherry Blossom, which has sweeter notes than its counterpart.

The Ninkasi Brewing Company -- established in 2006, is dedicated to the production of premium craft beer. The brand wanted to preserve this, hence, the launch of Pacific Sparkling is intended to be skewed exclusively toward the seltzer market which is enjoying exponential growth.

The bubbly seltzer offering is made through a process that is similar to beer brewing.
3.5
Score
Popularity
Activity
Freshness