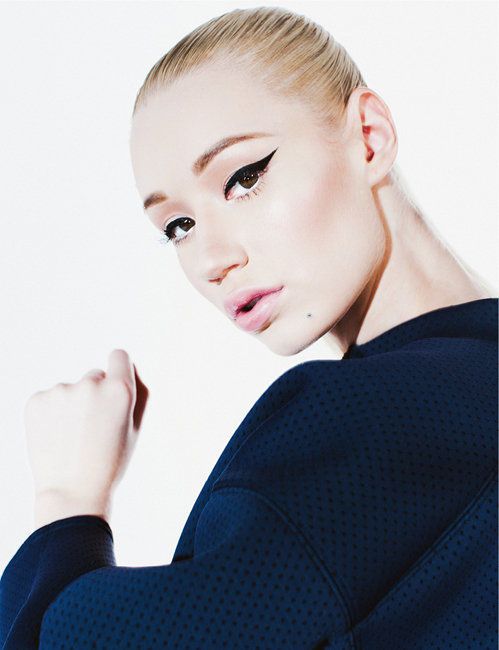 For this shoot, the provocative rapper is stripped bare to the essentials. Azalea wears her hair in a glossy, high ponytail, wears minimal makeup (save for an intense cat-eye look) and sticks to a monochromatic wardrobe. This is not the booty-popping, electrifying-color-wearing Iggy that has been splashed all over the media as of late. Azalea is clearly trying to demonstrate a different side of herself with a refined, understated look.

The result is a simply beautiful spread that features shots with Azalea intensely staring at the camera or demurely looking away while holding onto her long, platinum blonde ponytail.
4.4
Score
Popularity
Activity
Freshness
Jeremy Gutsche Keynote Speaker