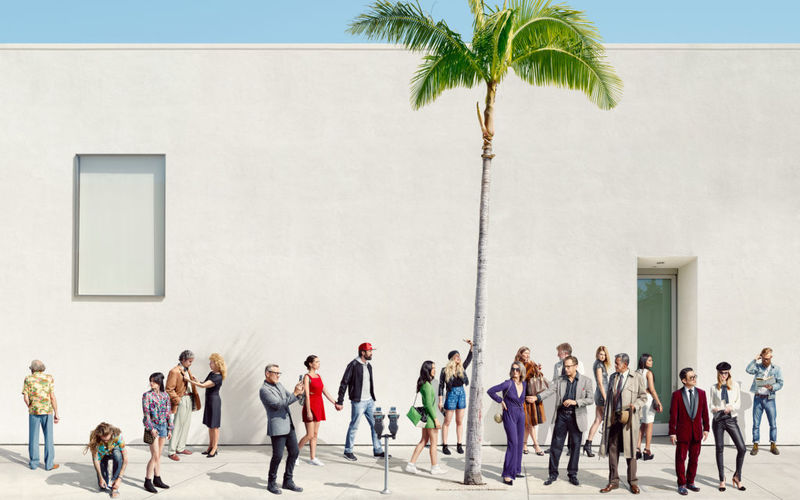 Joey Haar — July 11, 2016 — Pop Culture
References: deanwest & wired
Share on Facebook Share on Twitter Share on LinkedIn Share on Pinterest
'Beverly Hills Gallery, February 25, 2016' by Dean West may look like a single image, but it's actually a composite of 19 overlapping photographs. Ironically, the image, which depicts a snapshot of LA life as stereotypical gallery-goers wait in front of a whitewashed building, took West two weeks to shoot and edit to perfection.

West's process for creating the image is staggering. First, he captured images of the background and digitally added windows and a palm tree in order to add depth. He then collaborated with an illustrator to brainstorm the types of people one might expect at a gallery opening. After that, he gathered his models and photographed them in his studio against a white background. Finally, West composed the overlapping photographs with Photoshop.
3.3
Score
Popularity
Activity
Freshness
Jeremy Gutsche Keynote Speaker