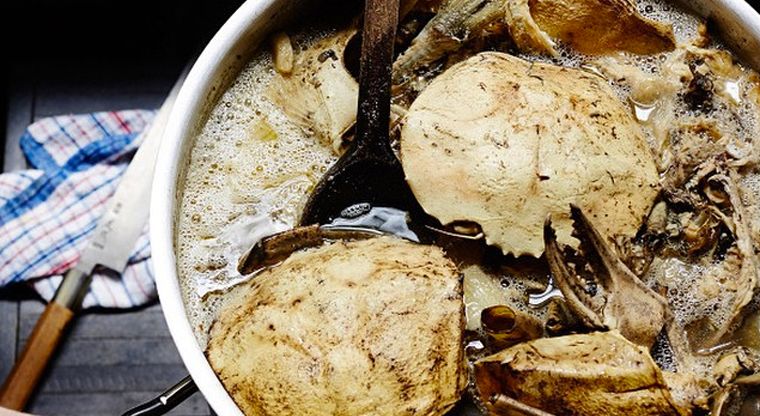 Alyson Wyers — October 22, 2014 — Social Good
References: byjoost & springwise
Share on Facebook Share on Twitter Share on LinkedIn Share on Pinterest
There are plenty of organic waste uses, but most people probably don't think of a restaurant menu being one of them. Based in Melbourne, this Australian soup kitchen thinks differently. Brothl by Joost is trying to redefine food waste by incorporating goods that are edible but typically considered garbage.

Brothl focuses on broths so any bacteria is boiled away. Other organic waste uses on the menu include rainwater taken from Monbulk farms, sea vegetables, stale bread and discarded animal bones. Although the items at this restaurant are not as fresh as others, the ingredients are obtained from quality sources. The bones and carcasses, for example, come from an award-winning restaurant (Rockpool).

Brothl's approach is influenced by the research performed by Weston Price in the 1930s. It also helps cut down food that would otherwise end up in landfills.
5
Score
Popularity
Activity
Freshness
Access Advisory Services