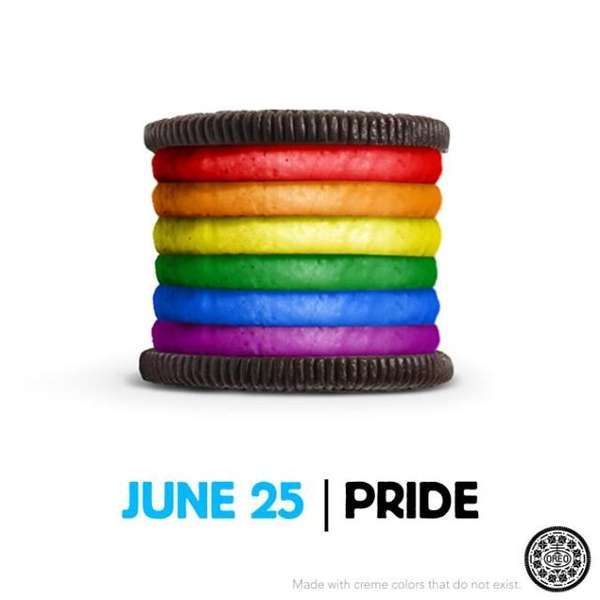 The OREO 'Pride' Ad is Supportive, Adorable and Colorful

Courtney Scharf — June 28, 2012 — Lifestyle
References: facebook & creativecriminals
Though only made up of one image at present, this OREO Pride ad is a clever digital creation that was recently posted on the brand's Facebook site.

The center of much attention and a bit of controversy, this is a bold but generally well-received supportive statement on behalf of the company. Exceptionally creative and straightforward, the image features an ever-recognizable photo of the dunk-worthy cookie featuring a rainbow of layered fillings. Although the alteration was incredibly simple, the photo speaks volumes for itself and is both political and lovable at once.

Though the cookie featured in the ad looks impossibly awesome, viewers can make out the disclaimer at the bottom which clarifies that the colors depicted do not actually exist. In any case, this is an understated and effective sentiment by Oreo.
5.6
Score
Popularity
Activity
Freshness