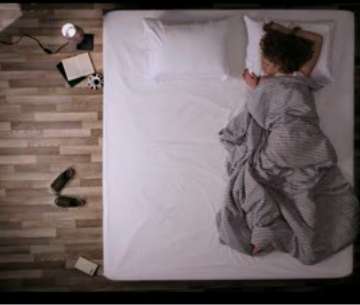 As the chart in the gallery shows, the video spiked onto the charts, and since hitting the web on January 21, has already received 1,017,674 views (as of this post.)

Using stop-motion techniques, a series of still photos of a woman lying on a blend appear to be animated, making her look as though she is climbing stairs of pillows, then walking at the base of the bed. Later, a pair of pants appears to follow her steps, which then transforms into a man.

Neat, yes, but when a video like this becomes viral, is it because of camera techniques and special effects? Or is it the thirst to hear the song, to become immersed in an addictive tune... or is it simply the best way to listen to catchy music for free?
5.1
Score
Popularity
Activity
Freshness
Get the 2021 Trend Report FREE