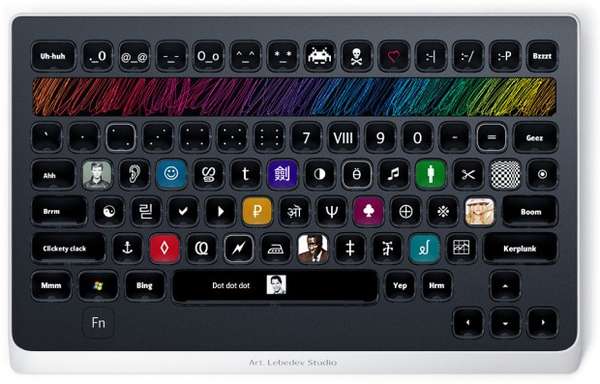 Optimus Popularis Keyboard is Like a Million Keyboards in One

Katherinev123 — January 8, 2012 — Art & Design
References: artlebedev & designeast.eu
Share on Facebook Share on Twitter Share on LinkedIn Share on Pinterest
The Optimus Popularis keyboard, by designer Art Lebedev, is a customizable peripheral that allows users to change up the keys' displays on the keyboard. Users can assign different functions and images to the keys to create a unique, personalized keyboard.

Priced at over $1,000, the Optimus Popularis keyboard features a backlit LCD screen and each key has a 64 x 64 pixel grid that allows for customization of static images and even video files. So, each key can be assigned a specific function or shortcut. What's more, along with the original customizable keyboard, Lebedev plans on releasing another keyboard called Optimus Mini Six, which is a smaller six-LCD keypad that can be used like a remote control.

The Optimus Popularis keyboard was supposed to be released last year but its production was delayed. Now, production of the original keyboard and the Optimus Mini Six is set for June 2012.
3.7
Score
Popularity
Activity
Freshness
Get Better and Faster