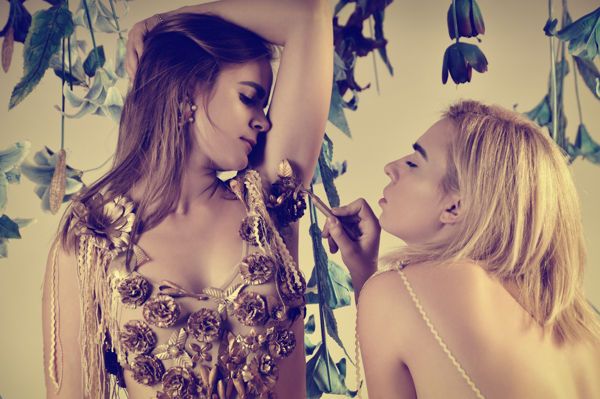 With a glowing yellow backdrop, the models' pale skin radiates as well as the gold details that cover them. One of the models wears an intricate body suit with plated gold leaves and flowers covering it. The models also have untamed brows, as they are filled in with a dark shadow for the makeup.

In one of the photographs, a model shaves the underarms of the other where gold flowers and leaves grow in the replacement of body hair. The mystical models are concerned with their vanity where one model also holds a mirror glaring back at the camera in a particular shot. In 'Opium Garden' vanity, seduction and female prowess is seen where the garden acts as a place of lust and temptation.
4.2
Score
Popularity
Activity
Freshness
Access Advisory Services