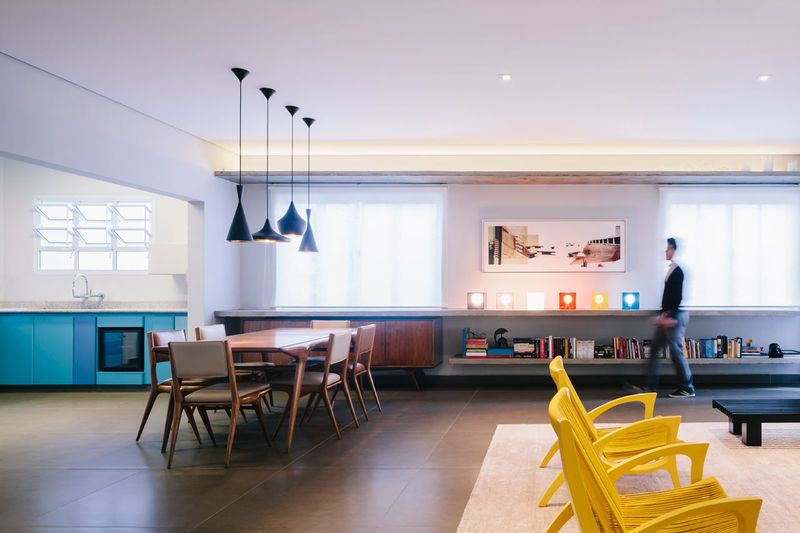 This Brazilian Apartment was Reworked to Accommodate an Open Concept Feel

Laura McQuarrie — October 8, 2014 — Art & Design
References: flaviocastro.br & design-milk
Share on Facebook Share on Twitter Share on LinkedIn Share on Pinterest
This open-space apartment in Brazil was once extremely compartmentalized, which suited the family that inhabited it. But in order to make the space seem fresh and appealing to a young, single person in São Paulo, Flavio Castro of the FC Studio had to overhaul the design of the house, which primarily involved opening it up.

The Maranhão Apartment's interior now features one large living space that houses the living room, TV viewing area and kitchen. With so many partitions removed, the space looks much bigger than it used to be, which would appeal to anyone. The house is filled with a variety of quirky, personality-packed decor, including vibrant yellow chairs, mismatched lights and even a blue fridge.
5.8
Score
Popularity
Activity
Freshness
Access Advisory Services