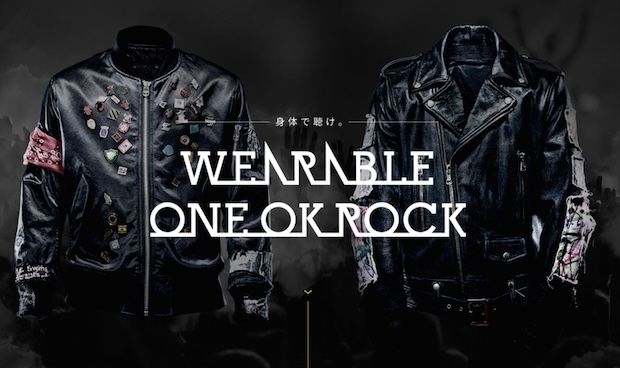 Laura McQuarrie — January 28, 2017 — Pop Culture
References: wearable-oneokrock.jp & japantrends
Share on Facebook Share on Twitter Share on LinkedIn Share on Pinterest
In order to promote its new album, 'Ambitions,' Japanese rock band 'One OK Rock' introduced the Wearable One OK Rock jacket. Rather than being just another piece of band merch, this jacket is actually loaded with technology that lets people experience the band's 'We Are' song through the body.

The jacket comes in two styles designed by media artist Yoichi Ochiai, including a leather jacket and a bomber-style jacket. The jacket is embedded with 20 small speakers, each of which emits a different frequency of sound. As a result, the listening experience is transformed, with the main vocals emitted from the chest region and the chorus bringing the entire jacket to life.

In order to stand out, artists are pairing their new albums and songs with creations that the media and consumers can't ignore. Other examples of this include interactive CD covers and augmented reality music videos.
3.3
Score
Popularity
Activity
Freshness
Get Better and Faster