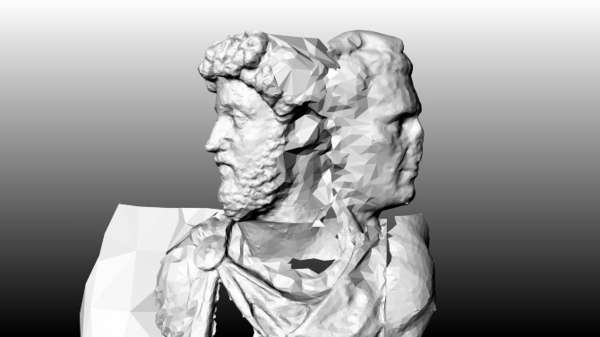 One Good Emperor Ben Alun-Jones Questions the Reproduction of Art

Alun-Jones scanned the busts of the aforementioned leaders from both the British Museum in London and the Getty Museum in California. With the use of 3D scanning technology, he was able mix the features of these emperors into 'One Good Emperor.'

As many of the scanned sculptures were reproductions, One Good Emperor Ben Alun-Jones "questions the notions of value and uniqueness in a world where any object can be scanned, sampled and reproduced, simply by recording the object on video," explains the artist on the Triangulation blog. There is a collaborative aspect to the project as the virtual nature of its visuals allows for visitors to create their own versions of combined ancient leaders.
2.3
Score
Popularity
Activity
Freshness
Get Trend Hunter Dashboard