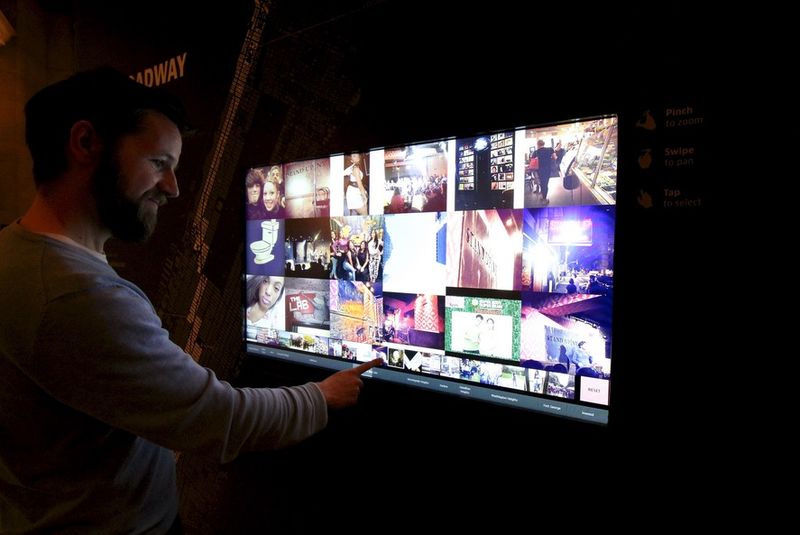 Laura McQuarrie — March 21, 2015 — World
References: on-broadway.nyc & psfk
Share on Facebook Share on Twitter Share on LinkedIn Share on Pinterest
There are tons of books, guides and even apps to help you discover some of the best spots around New York City, but On Broadway is one of the coolest and most high-tech ways to get a sense of the city's flavor. On Broadway collects images and location data from social media, sourcing from networks like Instagram, Foursquare, Twitter and Google Street View. Rather than sharing this information in the form of graphs, maps and numbers, this compendium of data is all visual, making it ultra easy to digest and discover through a touchscreen format.

Using American census data from millions of taxi rides that have been taken in the city, On Broadway is also able to see the routes that are most frequented for pick-ups and drop-offs. People in New York will get a chance to play with On Broadway as part of the New York Public Library’s Public Eye: 175 Years of Sharing Photography exhibit, which lasts through to 2016.
2.9
Score
Popularity
Activity
Freshness
Attend Future Festival