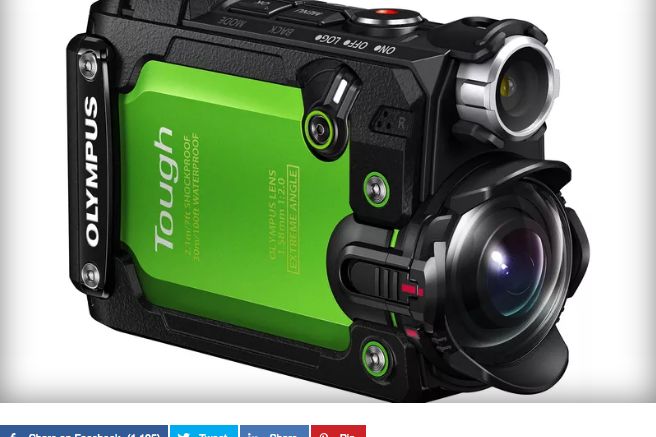 Meghan Young — May 24, 2016 — Lifestyle
References: getolympus & theverge
Share on Facebook Share on Twitter Share on LinkedIn Share on Pinterest
The Olympus Stylus Tough TG-Tracker can be likened to the Swiss Army knife of action cameras. It doesn't require a host of accessories like its competitors -- ahem, GoPro -- in order to become as sturdy and useful as it can be. Instead, it's pretty ready to take on the world straight out of the box. It has a GPS radio, a barometric pressure sensor, a temperature sensor, a compass, and an accelerometer built right in.

Of course, as its name suggests, the winning quality of the Olympus Stylus Tough TG-Tracker is its toughness. It is waterproof up to 100 feet, dustproof and crushproof up to 220 pounds of force. Yet it is only shockproof up to 7 feet and freezeproof to temperatures as low as 14 degrees Fahrenheit.
3.4
Score
Popularity
Activity
Freshness
View Innovation Webinars