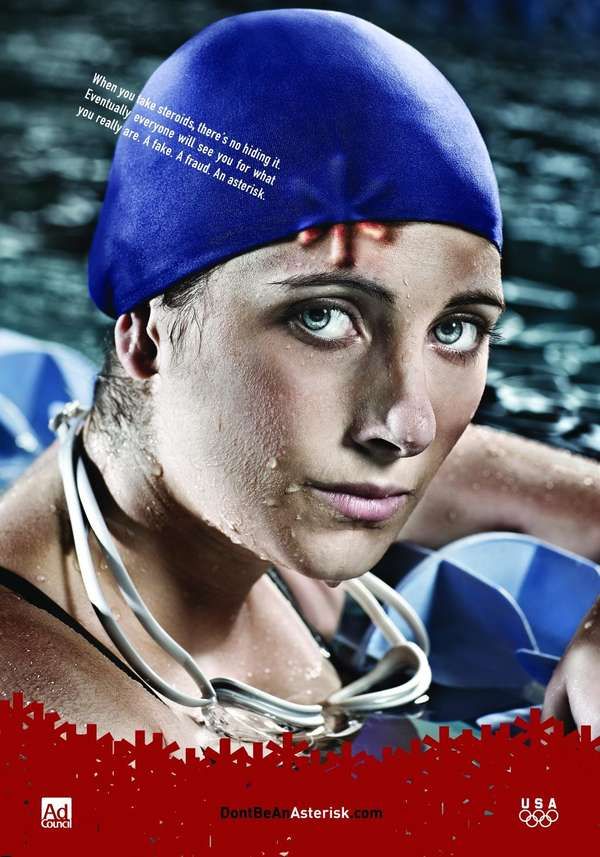 The print ad reads, “When you take steroids, there’s no hiding it. Eventually, everyone will see you for what you really are. A fake. A fraud. An asterisk.”

The campaign marks the first time the USOC and the Ad Council have collaborated. The funding of the campaign is provided by U.S. Olympic Team sponsor Johnson & Johnson.