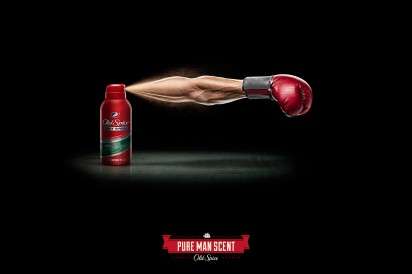 Meghan Young — October 11, 2012 — Marketing
References: proximityworld & ibelieveinadv
The Old Spice Pure Man Scent ad campaign shows that this cologne packs quite the punch. That's because, as it is stated right in the tag line, it is made for the manliest of men. From the biker to the boxer and the mechanic, this is a body spray that will appeal to guys who are not one bit afraid of their masculinity. Instead, they want to flaunt it with style.

Conceived and executed by Proximity, an ad agency based in Santiago, Chile, the Old Spice Pure Man Scent ad campaign was art directed by Rodrigo Portales and Alexis Ávalos with creative direction by Fernando Cuevas and Marcelo Con. The hilarious and straightforward images were shot and retouched by photography studio Bside. They essentially show an arm busting out of the can.
4.2
Score
Popularity
Activity
Freshness