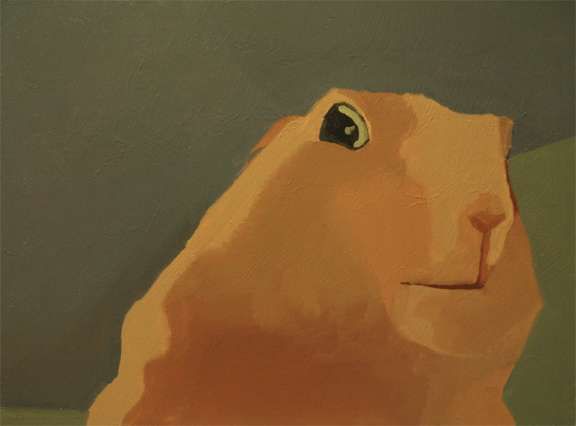 Jeremiah Palecek the Next Web Warhol?

In a recent interview with The Bryant Park Project on NPR, Palecek said he "was trying to make little time capsules" of the internet.

This may prove to be true as Jeremiah Palecek's paintings will most likely only become more interesting as the years pass. It's kind of good to know that as internet fads and celebrities come and go that we (the internet community) have someone shamelessly documenting all of it. Our own Andy Warhol.

By changing the normal medium we are used to seeing it in, it also changes the way we think about these images. Updated daily, Palecek's painting blog is a must stop for those who need a daily meditation on just how strange the internet, and people's relationships on it are. You can pick up an original from his etsy shop or simply download a high res scan of his work for free.
1.8
Score
Popularity
Activity
Freshness
Jeremy Gutsche Keynote Speaker