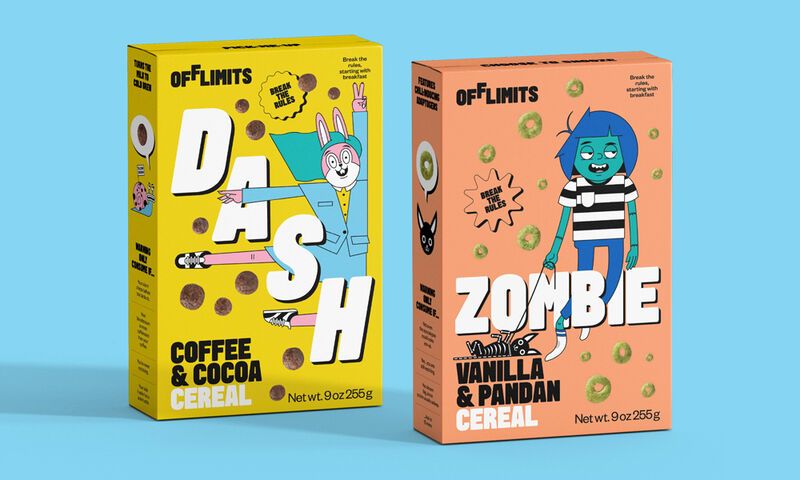 Michael Hemsworth — July 16, 2020 — Marketing
References: eatofflimits & coolmaterial
Share on Facebook Share on Twitter Share on LinkedIn Share on Pinterest
Cereal is quintessentially associated with breakfast that could make those who enjoy it as a snack or even late-night meal feel a bit out of sorts when doing so, which is something OffLimits Cereal is here to help change. Developed by author, foodie and host Emily Miller, the cereal comes in two flavors including Dash and Zombie, which are made with Intelligensia coffee and cocoa, and pandan vanilla and ashwagandha, respectively. The cereals can thus be enjoyed at anytime of day, depending on needs, to reframe them as a quick, delicious meal option that's more health-focused than others out there.

The OffLimits Cereal doesn't go as far as to put toys in the box, but do provide tickets that can be redeemed via an online store.
6.3
Score
Popularity
Activity
Freshness
Jeremy Gutsche Keynote Speaker