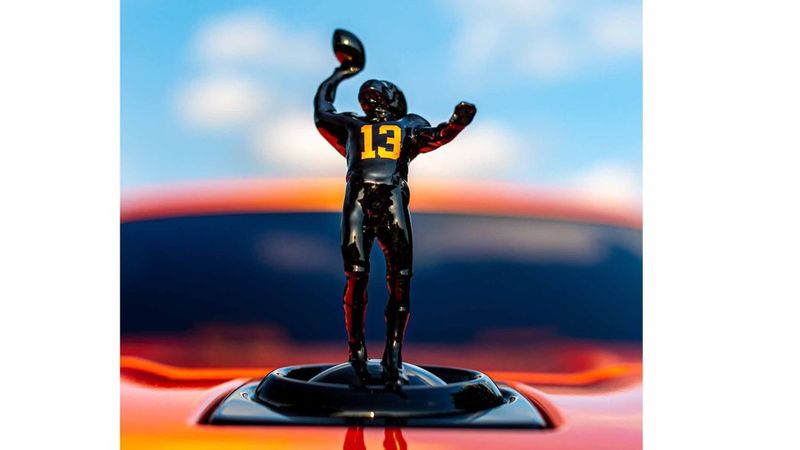 Daniel Johnson — May 31, 2019 — Autos
References: autoblog & hypebeast
Share on Facebook Share on Twitter Share on LinkedIn Share on Pinterest
DREAMWORKS MOTORSPORTS customized a Rolls-Royce, in order to make an Odell Beckham Jr car for the Clevland Brown's Wide Receiver. The car was partially shown off on the football star's Instagram, where Odell took a video of the Rolls-Royce SUV. The car is Cleveland Browns-themed and has a prominent orange and black color scheme.

The hood ornament is a small statue of the stars one-handed catch from 2014, a play that helped make Wide Receiver famous. The ornament, which was shown on Odell's Instagram, is also retractable. The SUV has floating Rolls-Royce center caps, tinted windows, and 26inch wheels. DREAMWORKS MOTORSPORTS also placed a custom subwoofer system in the trunk of its Odell Beckham Jr car.