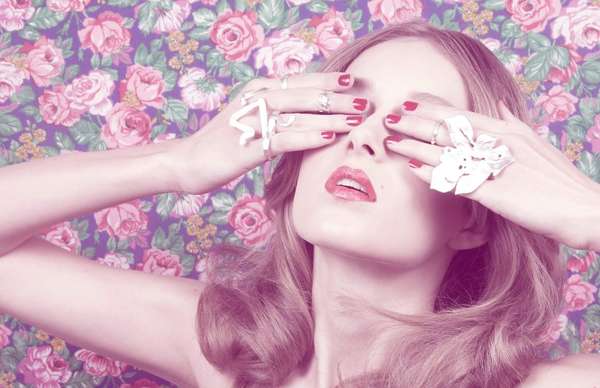 Rebecca Byers — June 28, 2012 — Social Good
References: octoberanniversary & octoberanniversary
Share on Facebook Share on Twitter Share on LinkedIn Share on Pinterest
October Anniversary is a New York City-based eco-friendly and sustainable jewelry line made from recycled metal that donates 10% of its profits to the Happy Hearts Fund. The Happy Heart Fund is a non-profit that support children whose lives have been affected by natural disasters and brings the company's vision of sustaining the environment and helping victims of it come full circle.

Founded in 2008, the socially savvy brand only receives upcycled metal from eco-friendly factories and deems its line a bold, fearless adventure in fashion with its stylish statement necklaces and oversized, ornate rings.

Some of October Anniversary's current jewelry collections encompass a variety of inspirations including the elements, rebels and relics, seashore and graffiti.

Beneficent Bijoux
Jewelry for a Cause Supports Charity Fundraising Projects