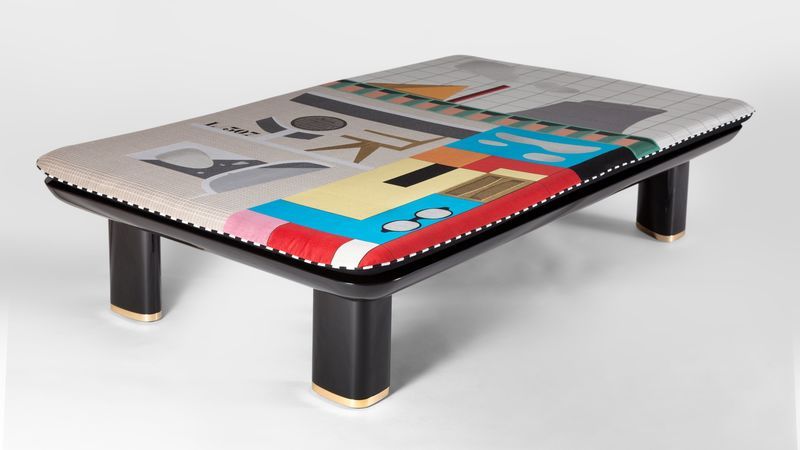 The Objects of Devotion series features a daybed and a standing lamp. The daybed carries the most overt references to Chandigarh. Covered in a coloful felt jacquard tapestry, the images on the daybed depict some of the buildings and masterplan concepts that Le Corbusier incorporated into the Indian city. For instance, the piece has an image of the facade of the Secretariat Building, one of the most influential public buildings that Le Corbusier designed.