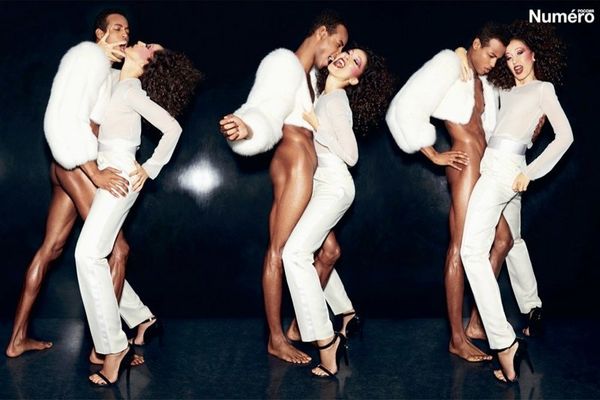 The Numero Russia March 2014 Issue is Covered by Pat Cleveland

Meghan Young — March 4, 2014 — Fashion
References: numerorussia.ru & fashiongonerogue
Share on Facebook Share on Twitter Share on LinkedIn Share on Pinterest
The Numero Russia March 2014 cover shoot is so outrageously sexual that it looks more like a performance art piece than anything more seedy or racy. It does, after all, star iconic seventies supermodel Pat Cleveland. She channels her inner sensuality for the photoshoot, posing alongside naked South African male model Conrad Bromfield in order to show younger generations how its done.

Tom Ford, the photographer, says about the Numero Russia March 2014 cover shoot, "I photographed Conrad with her in somewhat sexual poses, and the two of them as a couple do not look remotely ridiculous together, despite their age difference. They look absolutely right and completely plausible because Pat is forever young in her mind--and I must say her body as well." André Leon Talley styled her in Tom Ford's spring collections.
6.9
Score
Popularity
Activity
Freshness
Get Trend Hunter Dashboard