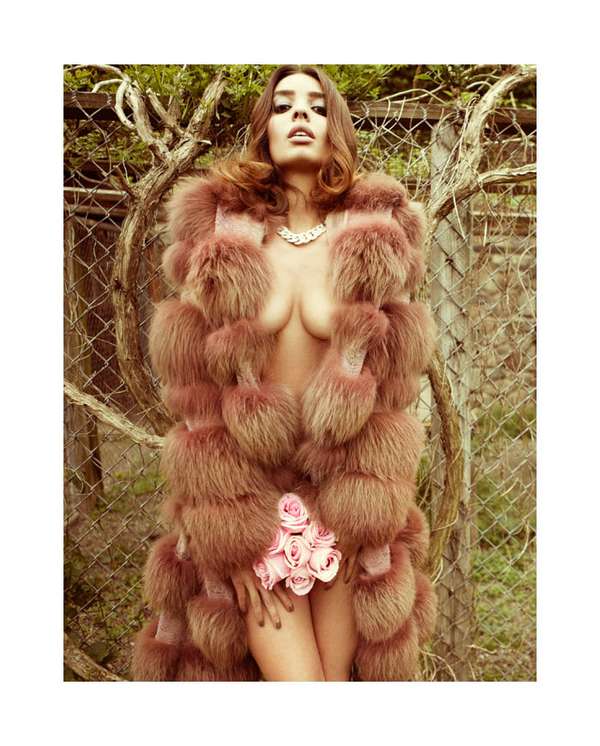 The Sabrina Nait is Ferocious and Fierce for Numero Magazine 125

Captured by accomplished photographer Greg Kadel, Sabrina Nait is stunning in a series of expensive fur jackets, and not much else. Nait is at her best in the lead photo of this post, wearing a red fur coat and an alluring gaze that exudes the aura of a seductress bored with the frivolities of her upscale lifestyle. Other highlights from this Numero Magazine #125 collection include Sabrina Nait in a white coat (and once again, nothing else), next to a white horse. Her facial expression shows a model with a strong grasp of her situation, and an underplayed but very present confidence. It's images like this that make the Sabrina Nait Numero Magazine #125 editorial one to remember.

Numero Magazine #125 is on newsstands now.

Implications - One of the most effective ways for a company to sell a product is through sexual advertising. By eschewing the conventions of modern mainstream advertising in favor of an edgy, sexually charged ad, the company shows a willingness to create their own lane, attracting attention from originality-obsessed consumers.
6.1
Score
Popularity
Activity
Freshness