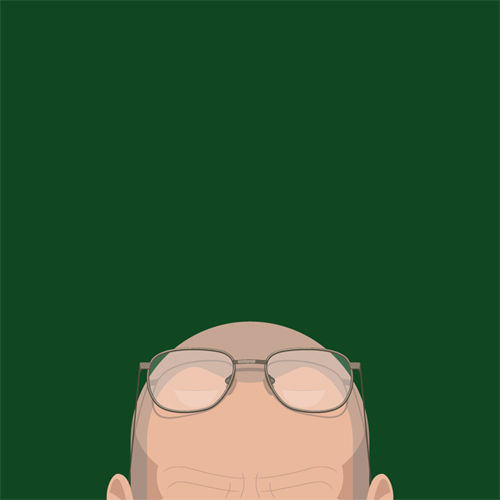 'Notorious Baldies' is a Selection of Infamous Icons' Foreheads

Akihiko Tse — October 10, 2013 — Art & Design
References: fernandoperottoni & designtaxi
There's something about being bald that gives you an air of imperiousness, or in the case of Fernando Perottoni's 'Notorious Baldies,' a sense of evil.

The London-based Brazilian art director's work features a series of iconic bald headed figures -- from main characters to evil-doing miscreants -- showing only the top half of their head from their eyebrows up. Against a single-colored backdrop, some of these heads are immediately recognizable, such as the Breaking Bad protagonist Walter White's furrowed brow and framed glasses, as well as more ominous looking characters such as Stephen King's 'It' and Darth Maul's spiky, red and black head.

Each character in 'Notorious Baldies,' intriguingly, possesses a distinct feature -- whether it be a strand of hair or a small mark -- that Perottoni is able to extract that in one way or another leaves a lasting impression of their badassery.
4.9
Score
Popularity
Activity
Freshness