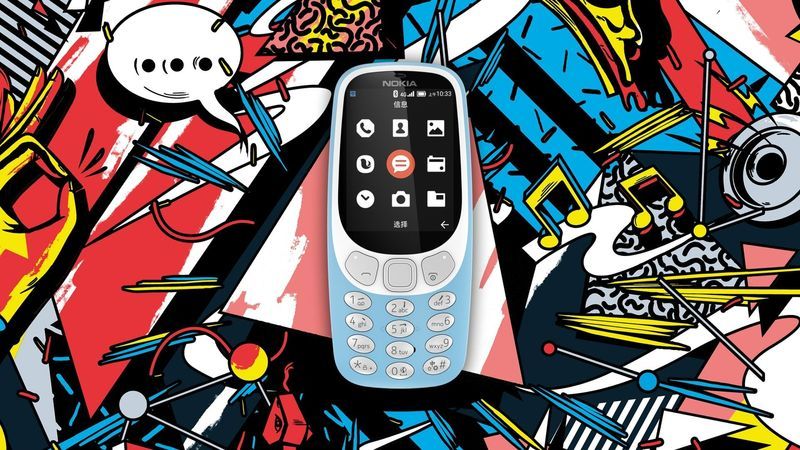 Justin Lam — February 1, 2018 — Tech
References: cnet & engadget
Share on Facebook Share on Twitter Share on LinkedIn Share on Pinterest
Nokia is fusing nostalgic design with modern features in its newest iteration of the 'Nokia 3310.' Previous versions of the Nokia 3310 have come with 3G capability, but this new version looks to bring 4G network speeds to the tactile button phone. The new Nokia 3310 also comes equipped with Wi-Fi hot-spotting, a 2 megapixel camera with an LED flash, a headphone jack, a 2.4-inch polarized screen, Bluetooth 4.0, 512 MB of storage and a MicroSD expansion slot.

Nokia currently plans on releasing the phone only in China, thanks to a deal with HMD Global which acquired the rights to produce Nokia-branded phones and tablets. The decision to only sell the phone there works on two different levels for the mobile company. The first reason lies in China's large population being a great testing ground for new products. The second reason focuses more on the customer as this cheap 4G phone may be an important model for those living in rural areas. This phone hopes to fill a market in which low cost phones rarely come with modern upgrades.
5.1
Score
Popularity
Activity
Freshness
Jeremy Gutsche Keynote Speaker